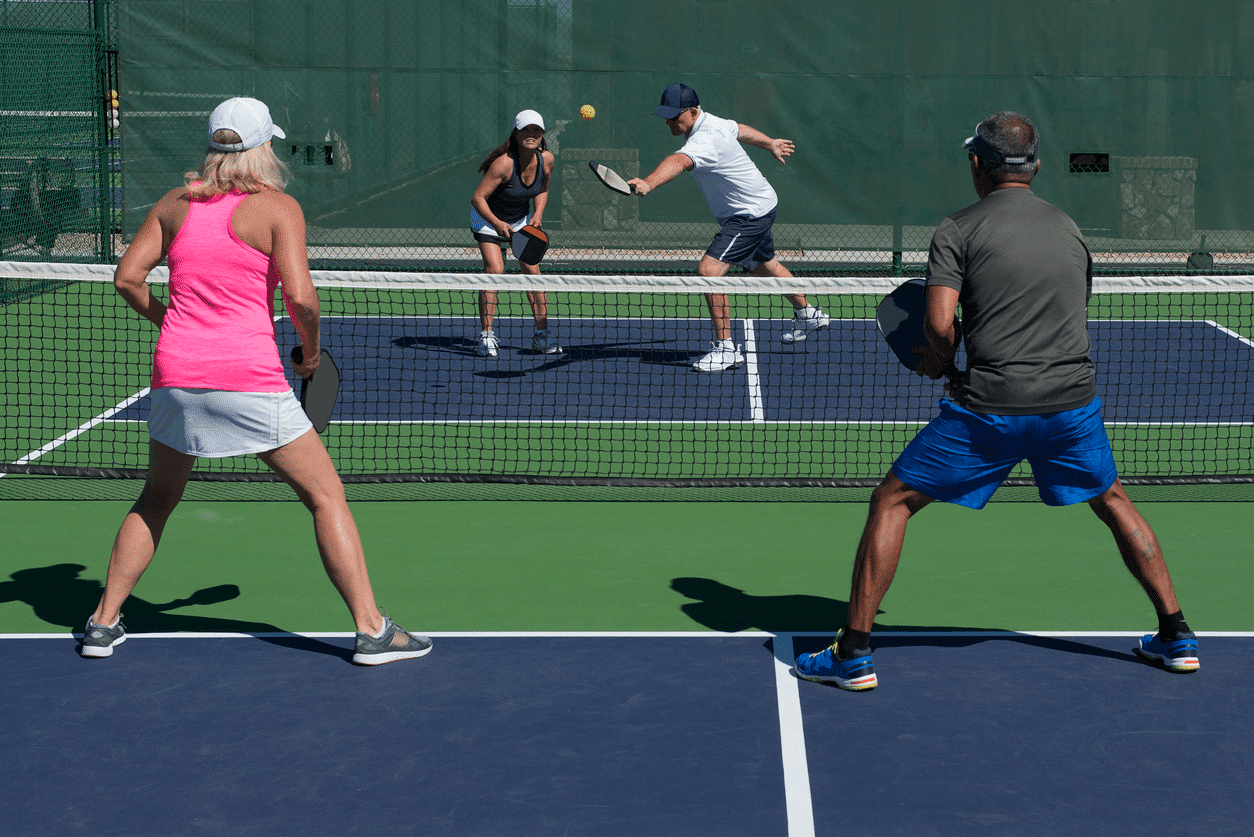 Pickleball is fast becoming one of the most popular sports in the country. But what is pickleball, some of you may ask. Combining parts of tennis, badminton, and ping-pong, this sport is picking up fans of all ages. Pickleball courts are showing up everywhere, from recreational centers to Ladera, the best retirement community in Dallas TX. Now is your turn to get involved in this fun activity.

Pickleball got its start one summer in 1965 when friends Joel Pritchard, a congressman from Washington state, and Bill Bell, a businessman, made use of various bits of sports equipment around Pritchard’s home to come up with some entertainment for their families. A badminton net, ping-pong paddles and a perforated plastic ball were put into play and soon a new sport developed. By 1976, even Tennismagazine was writing about “America’s newest racquet sport”. As for the name, part of the inspiration came from the Pritchards’ dog, Pickles, who had a habit of running off with the ball.

The popularity of the sport increases decade by decade and now year by year. It is starting to gain real popularity in countries around the world, in part because it’s a social game that people of all skill levels can play.

Much of the play is based on ping pong/table tennis, but on a bigger court and with slightly larger paddles, so it’s relatively easy to pick up the basics of the game right away. Of course, as you find yourself playing more frequently because of the fun nature of the game, you may just find yourself becoming more adept and competitive.

Pickleball courts are relatively small, which makes them great for simply having fun and chatting with your friends throughout the game. Yet you’re still getting some exercise in, improving your balance, agility, reflexes, and hand-eye coordination, without putting excessive strain on your joints and body. It’s a great way to get out and exercise with friends on a daily basis, ensuring you get a regular workout. It’s a perfect way to ease into exercising and as you gain stamina and strength, you’ll most likely find yourself getting involved in other activities and exercise.

One of the many reasons Ladera is the best retirement community in Dallas TXis the fact that they have pickleball courts in all of their communities. Head over to the courts and you’ll soon find new friends among your neighbors as you play this fun, engaging and social game. You’ll quickly understand why pickleball is winning new fans every day.