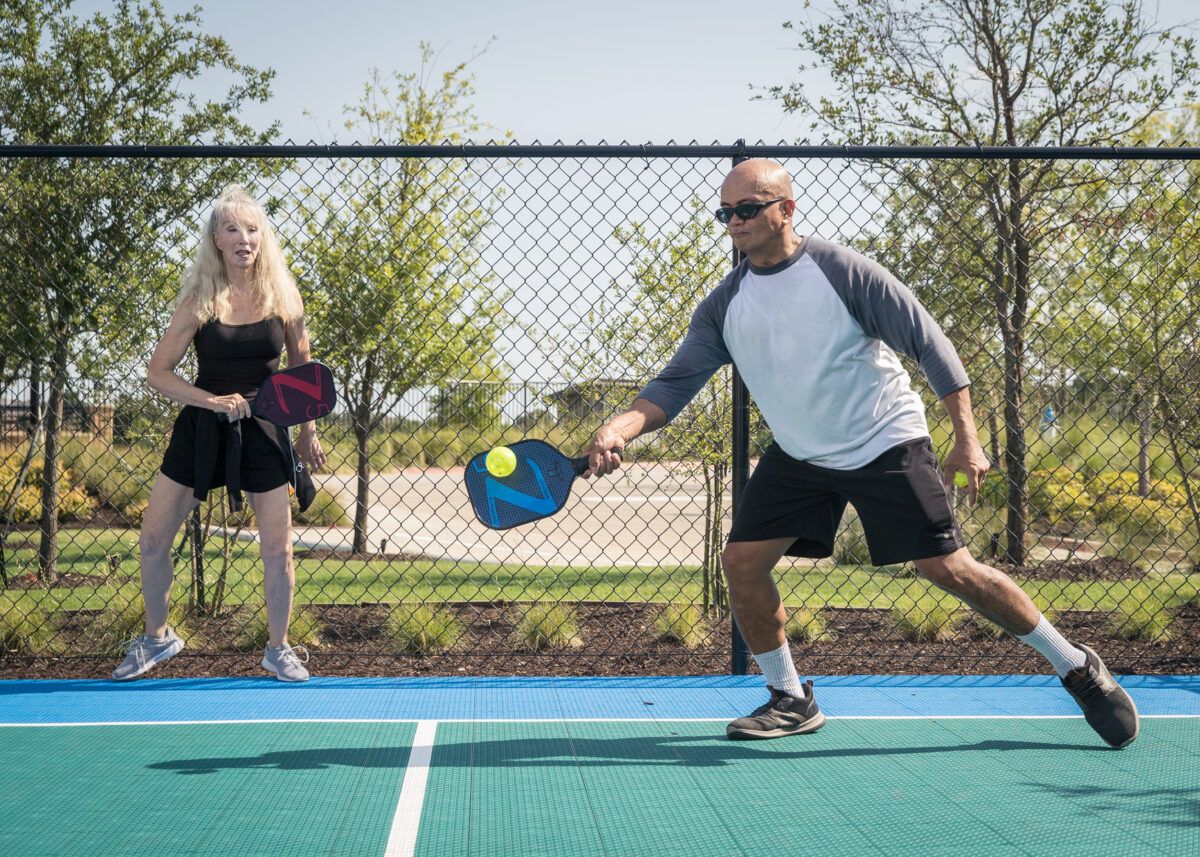 You may not have heard of pickleball, but with its growth in popularity among both young and old, you’re sure to start seeing this updated racket sport start popping up everywhere. In fact, Dallas retirement communities like Ladera Mansfield already have their own pickleball courts on property. If you’re curious about this pairs racket sport, here’s a look at this unusually named sport.

If you’re worried it’s played with pickled vegetables of some sort, don’t worry. Pickleball is played with paddles made of a light-weight composite material and whiffle balls (plastic balls with holes). The sport is a combination of tennis, badminton, and table tennis, and it can be played indoors or outdoors on a badminton-sized court with a modified tennis net. You can play as doubles or singles.

Originally designed for kids, it has developed into a sport that is fun for all ages and skill levels, thanks to fairly simple rules. Just because it can be played by all ages doesn’t mean the game can’t be challenging. Experienced players play incredibly fast-paced, competitive matches.

Pickleball was invented in 1965 on Bainbridge Island, near Seattle, Washington, by Joel Pritchard, Bill Bell, and Barney McCallum. Their kids had grown tired of their usual games, so the dads cobbled together some homemade equipment and the game was born.

There were no official rules when it first started, but today, the general aim is similar to tennis. Players use an underhanded serve to move the ball from one side of the court to the opposite, but only the serving team earns points. The returners must break members of the serving team before earning the right to serve.

The Fun of The Game

One of the reasons pickleball has gained the interest of older players is the fact that the court is smaller than a tennis court, making it easier to cover the court. Players who can’t move as quickly around a tennis court now can still play pickleball quite comfortably, as it’s a lower-impact game. You don’t need any special clothing, either. Simply a good pair of tennis court shoes and clothing that is comfortable to move in and right for the temperature.

Today, there are more than 400,000 pickleball players, many of them living in Dallas retirement communities like Ladera Mansfield. It can certainly be a competitive sport, but for most people playing, it’s also simply a lot of fun and a great way to stay active.

As for the name, no one is positive where it came from, but the inspiration came either from the mixed crews of pickleboats, referring to the sport’s hybrid nature, or it got its name from Pickles, a dog belonging to one of the founding families.

Or Send Your Message